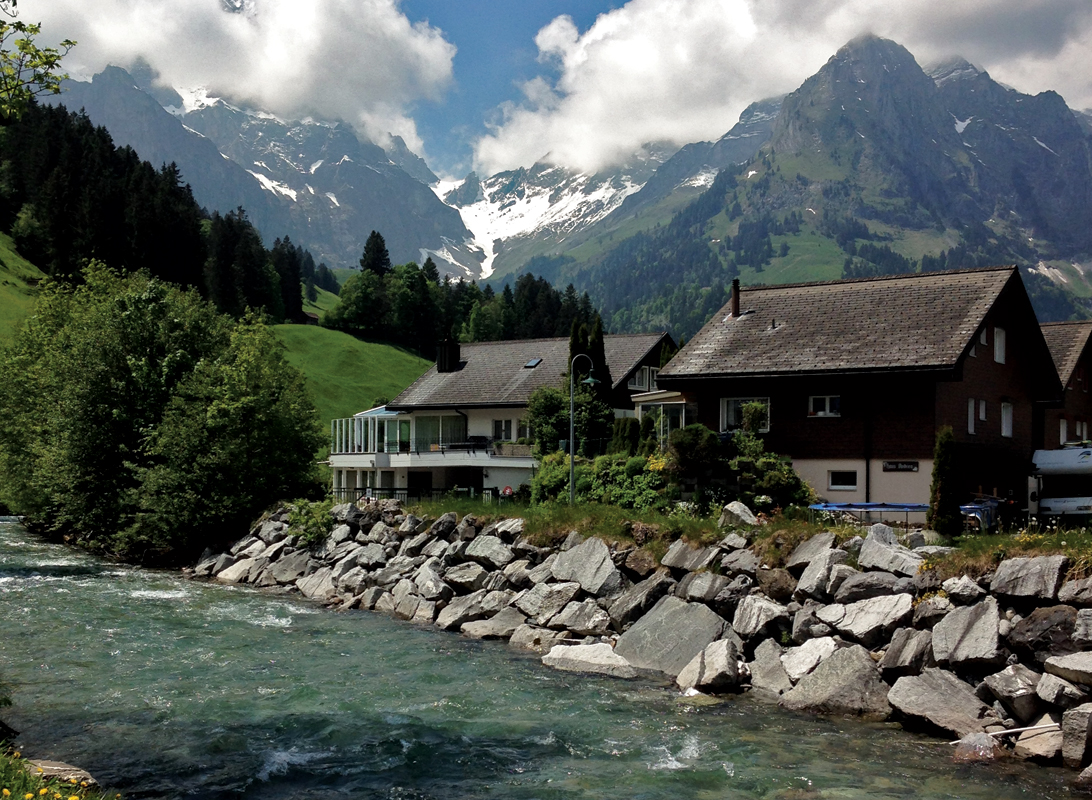 I may regret this title. 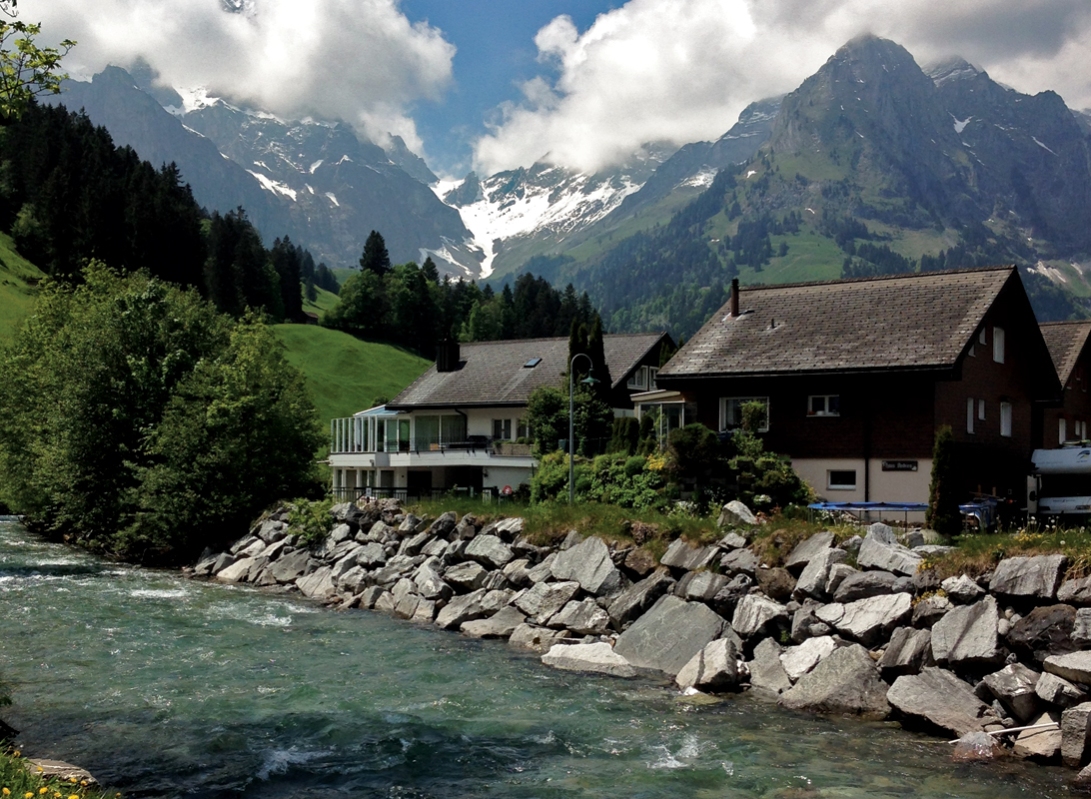 Before I ramble on about how incredible and amazing Titlis, Switzerland is, I will address the title of this post. Yes, I had to go there and by titless, I mean off-your-face-drunk. But in this case, we were drunk on exhilaration.

As Aussies with an inability to tolerate anything under 20 degrees Celsius, visiting one of the only mountains in Europe that is cold enough be covered in snow all year round doesn’t seem like the best choice. But for us beach-bums who have never experienced the white delight (the rhyming was just too tempting, I had to), Titlis was a must-see.

We saved ourselves the hassle of organising travel and booked a tour to the mountains through our Zurich hostel. The bus trip went via Lucerne, which we only had about an hour to spend in so if you’re looking to stay in town longer, it is probably best to do it yourself. I’ve read that while there’s a few elements to the travel from Zurich, it’s all fairly simple to organise.

The hour in Lucerne didn’t yield many stories. We walked over the Chapel Bridge. Saw a lion carved into a rock which didn’t move me quite as much as it did Mark Twain. Had one terrible and expensive coffee. But, it wasn’t long before we were driving on through to the most stunning mountains I have ever seen. 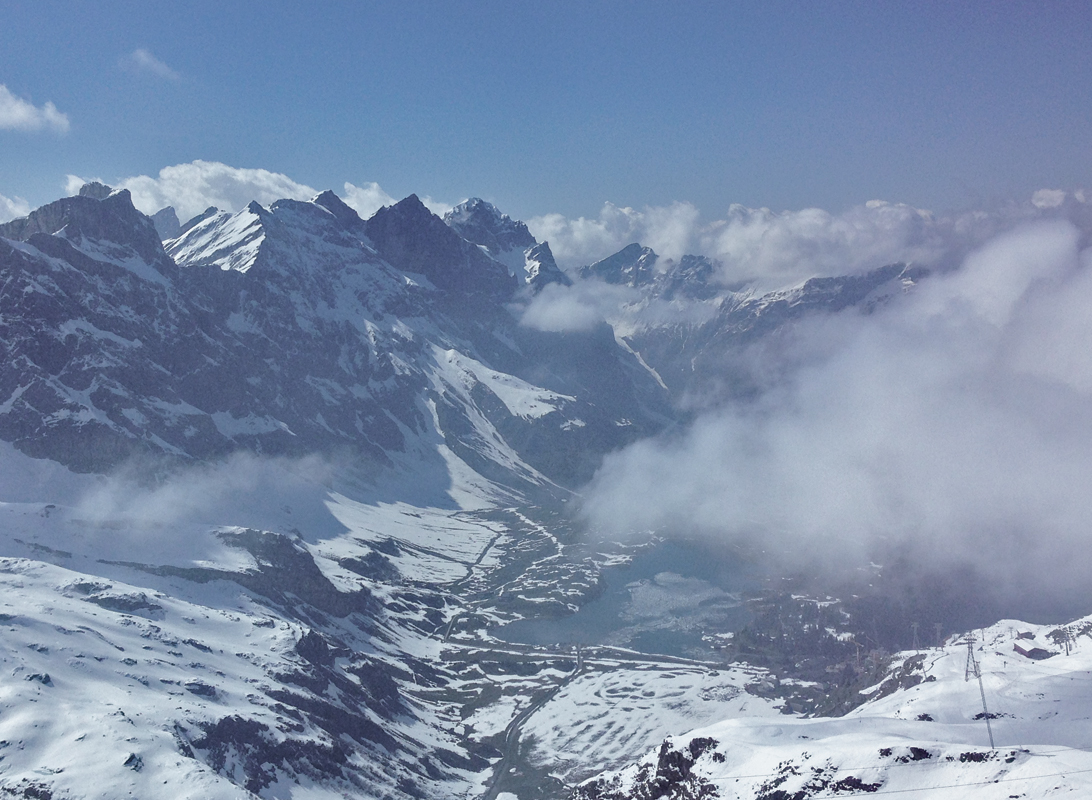 Seriously, how awesome is snow?

It took three cable cars to get us to the summit, which is some 3,000 metres about sea level. The first two slightly rickety cars took us above mountain pastures full of cows. I won’t lie to you, my face lit up like an excited child who was given chocolate when I heard the cow bells. It’s like we were really in Switzerland!!

The third fancy, if somewhat crowded, rotating cable car then took us into the snow. The above picture was taken from the inside, looking back down the mountain to Lake Trübsee.

However, it was when we disembarked that the real fun started. There was something about this entirely novel experience that made us both revert to being about eight years old. Because, it wasn’t long before the snowballs were being stockpiled. Here we were, 20-something-year-old tourists having a snowball fight. We must have looked like the biggest fools but we didn’t care in the slightest. To be completely and utterly absorbed in our own little world was strangely freeing – things mattered less up there. Or maybe it was just the lack of oxygen getting to us! 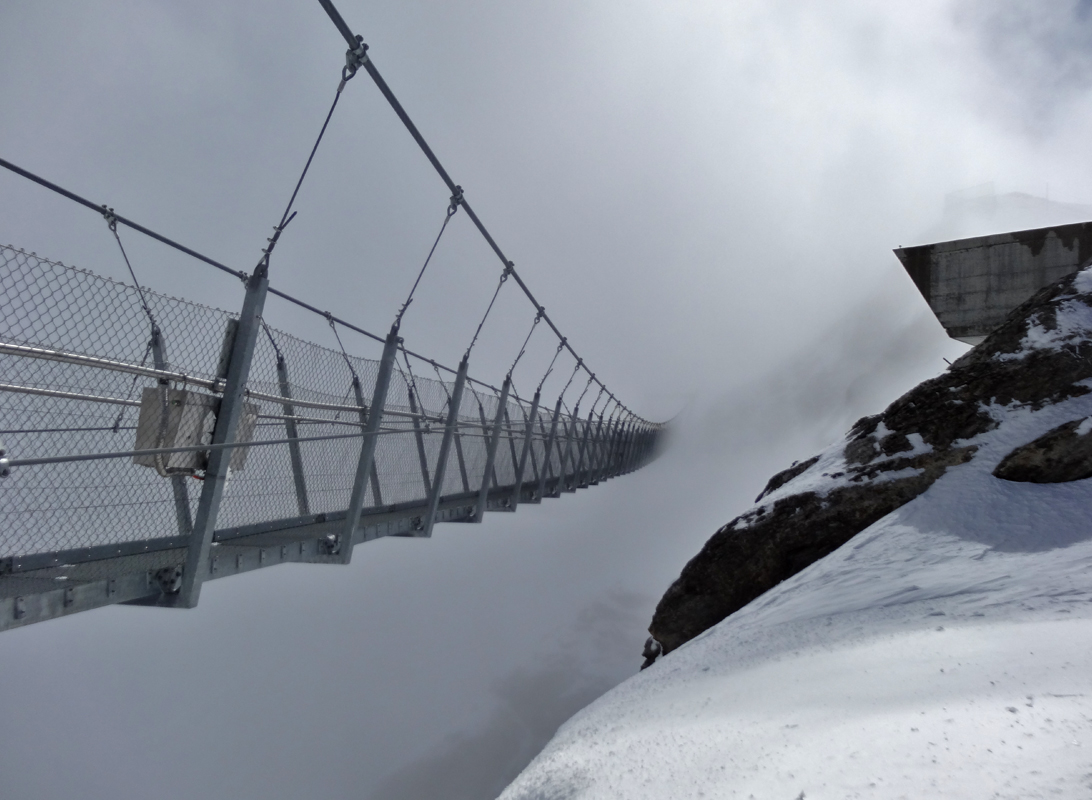 As for the mountain activities themselves, there’s no shortage of fun things to do!

It’s home to the highest suspension bridge in the world. Hung at 3,041 metres above sea level, it sit about 500 metres off the ground and is 100 metres long. But without these stats on hand, we walked straight into the unknown – literally. The fog was so bad, we couldn’t see the end until we almost walked right off! Okay, not really but it was pretty scary. And, looking at the pictures of the bridge in good weather, I think ourselves almost lucky now as we didn’t have to face the realities of the huge drop to the bottom!

Titlis also boasts a chair lift that flies the brave out over the cliffs and crevasses of the glacier and a glacier cave to explore. We did not have time to get to the cave nor do some of the other activities on offer but that didn’t phase us. The sheer joy of being in the snow was enough (seriously, we were like children). To see the whole range of things to do, you can visit Titlis’ website here.

Ate: We grabbed some snacks from a supermarket in Lucerne, so nothing interesting to report back on in this department!

Saw: Snow for the first time! Also some incredible mountain views, Lucerne lion, Lucerne town and its Jesuit Church and its Chapel Bridge.

Recommend: Taking a photo with this cardboard cut-out: 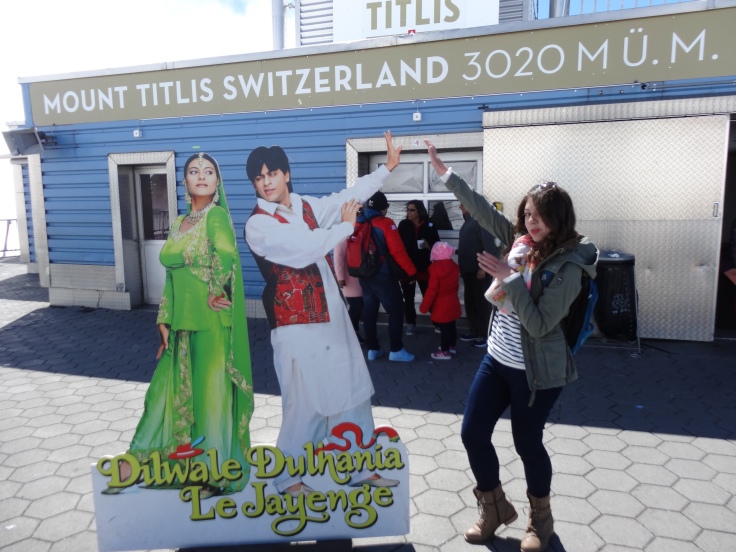 Apparently this is a huge Bollywood movie that was filmed in Switzerland which, according to someone we met on the way up, has since lured Indian tourists to the country. I dunno, man. Some PR guy probably thought it was a good idea. (Also, it’s me, you’re mysterious benefactor [of hopefully funny stories]).